It is sunday afternoon and I am recovering from an optical migraine, it is over a week ago since I returned from the holiday, so how was it for you? Lets start with London. Two days inthe capital, tubes, museums, shops. The feet got trashed as did a couple of the toes, I was not used to walking such distances, a sorbathane sole would have helped, that long walk down the road to the room, the longer walk around after having found Stompie. Did museums, talked to people, not bad at all really. Brighton; well too much walking, bad toesa nd feet, only got better shoes too late. Still better than not having a holiday. No proper walk so not in the church, a compromise was reached which got some decent pics so thats OK.  There is the sauna, well a success, ideally would have enemed but time was not on my side. Possibly I do look old, prefer to believe the body is good and seeing others it is bu the face and hair are old, still hit all the targets there, a bit more intimacy would have been nice but did well. The Terence Higgins HIV test, syphilis and big bag of lube abd condoms was reasuring but ended up feeling a bit of a fraud, better safe than sorry and will investigate PrePip for next holiday, good to now clear. Spur of the moment thing but worth it. The weather didnot really help but the sundress was a definite success, the freedom and sense of airiness, just remember sunbloc next time. The beach in a swin suit, good, tucking not ideal would have preferred a bikini but that just didnot work. There is a sense that need to spend a bit longer initially and again into the day out on checking the presentation, relying too much on the "indness of strangers." The weight was better than it might have been but could have been better, but again it was the best I could do. There were definite "in the zone" moments quite a few to be fair but the foot let it down. The museum of Transology was a good moment too. Would like some new clothes, the sundress will become a staple, the new small crossover bag was a result too. White wine spritzer at Legends went fine too. It would have been nice to meet other gurls but understandably that didnot happen. Shame no cooridor pics but thats a small thing. Basically I was not physically fit enough for a long day and had to cut my cloth accordingly. An awful  lot did work and there is no real sense that much was missed, possibly Ghostwalk and pavilion. Ultimately there was only 5 days and I needed a rest at about 4 ish.  Thats OK. Brighton as ever went better than expected but probably not next year, well if the Pavilion is a possibility well possibly. 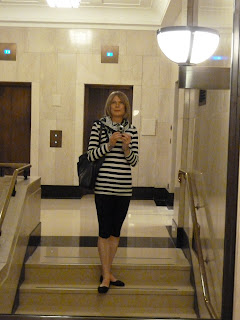 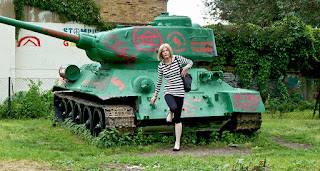 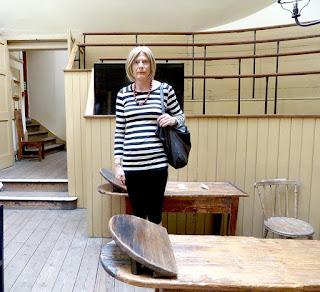 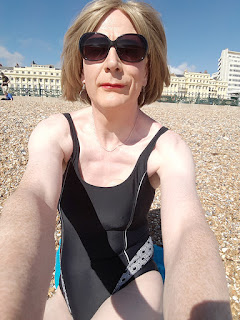 Posted by SapphireSomeday at 08:45 No comments:

Is It Me Your Looking For?

It is monday and I started my packing. I realised one reason why it was so difficult was the weight if expectation of the holiday. If i packed the wrong thing would i regeret it and would the holiday be wiped out by it.  Nonsense of course but there we are. I am going to big citioes anything i really need i can buy there.  Once my razor failed the screwthread competely went, i got a new, accpetable razor in half an hour so there is really not much to worry about. On wednesday I will take another look and discard stuff and do a trip to the town and buy things to help the holiday.  The trip down will require M and S G and T, Lush soap and shampoo bars, protein bars. Today i bought studiofix MAC foundation, surprised it was £23. There was probably enough in the bottle to last but not taking that risk. The local Debenhams has a MAC counter which rather spoilt the image.  It should be perfectly made up ladies in black with a bag of expensive MAC brushes strapped round them. Instead the bag looking back reminded me of an old bus conductors leather bag for change. Then again they were probably hoping for not the local chavs or sad lloking 50 plus men saying do you have this as i held out the offending empty bottle. Else where I would have been en femme and saying Look i am a subset of your target audience. Not the Newcastle franchise granted but else where. So say Brighton all those foreign elegent rich young girls could see me and think that is part of the exotica of Brighton, what a good story it will make for my friends.
Interestingly i was walking out looking at the MAC box and making sure it was the right NW number and a rather attractive woman with a pixie cut stopped me and said "is it me you are loking for? It is micheal?" she continued at my puzzled expression. I said no and hopefully looked polite and not slightly in a way to embarass her.  These things do no hapen to me. Granted deep down I know that these events are nothing but trivia but even so you wonder. Who is Michael? I had a sort of idea she saw me coming away from MAC holding a MAC box and she was a MAC employee about to go on to shift. Or some closet Tgirl waiting to meet an off duty MAC person. I shall never know but deep down know the answer is going to be very prosaic. For me life does not work like that.
In Brighton twice I have been in Legends and unexpected things have happened. Sadly too many times it has not. Thats the problem.I have written before about the girl walking up South over street with the clumping boots. Its the potential, there is a sense that it just might, it just might. Its 2017 and too amny times it just didnot. I accept  I have to make it happen in some way, add the energy of activation to the catalyst. Its not going to happen at my home town but it might in Brighton. How many times do you have to be disappointed to say lets move on, and not just for trans reasons?
Posted by SapphireSomeday at 12:44 No comments: